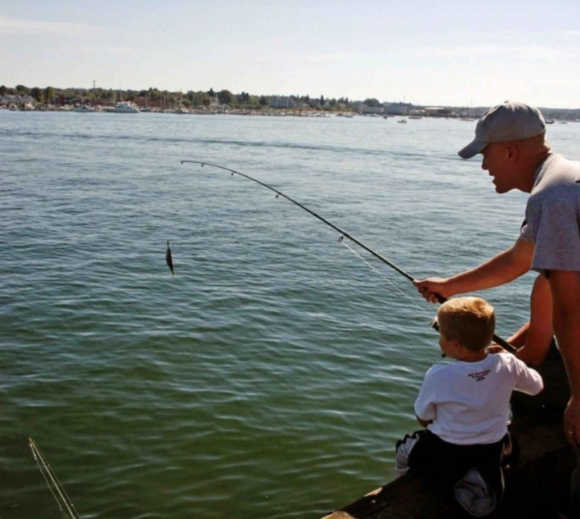 Since my wife and I had our first child in March, I’ve had precious little time to sleep let alone post things to this blog. It’s been a month and, while I still don’t get much sleep, I need to get back into the swing of things. So here are some thoughts on the Fathers Rights movement.

At one point in North Carolina and plenty of other states, there was something called the “tender years” presumption in family law. It was a doctrine that said the law presumed that children of a young age should be placed with a mother unless a father could show enough evidence to rebut that presumption. The tender years presumption, along with plenty of other gender-biased parts of family law, were largely written out of statutes or overruled and replaced in case law in the 1960s and 1970s in North Carolina and elsewhere. So where does this more recent “fathers rights” movement come from?

I’ve read some of the literature that was produced and seen what happened when at least one attorney who advertised himself as a fathers rights attorney got involved in a case. I’ve also taken a look as several Web sites dealing that advocate for fathers rights.

After everything I’ve looked at, I have yet to see anything that shows me that those who are advocating fathers rights are doing anything more than preying on men who are angry about a bad result in a courtroom. The case I was involved in where an attorney who billed himself as an advocate for fathers rights had previously been involved was an epic disaster created by the fathers rights attorney. The poor client who had hired this out-of-state attorney had spent almost everything he had and gotten absolutely nothing out of it except bad legal advice. Well, that’s not entirely true. He did get dropped by the attorney when he ran out of money without ever resolving anything.

So here is my view on the subject: fathers rights did, at one time, need to be addressed. The laws had a skew to them that was very paternalistic and protective of women and the mother-child relationship. That gender bias in the law has long since been remedied, however. Throughout the 1960s, 70s and 80s, more and more women began practicing law and serving as Judges. The social conditions also changed drastically and the paternalism in the law was challenged and largely eliminated. A woman no longer had to have a Judge approve a separation agreement before she could validly enter into it. Men started receiving alimony when they were dependent on a wife for support. And the tender years presumption was replaced by the best interest of the child standard.

Now, however, fathers rights has become a means for some opportunistic individuals to fleece men who have had bad results in court and for other malicious or misguided individuals to try to weaken or eliminate domestic violence laws.

The truth of the matter is far more complicated, and less based on gender, than most of what I see in the fathers rights advocacy admits. I’ll post more about why it seems that mothers tend to end up with custody more often than fathers, which requires some individual discussion, but I’ll end this post with some general points.

2. Some people lie on the witness stand. Some very good liars can fool a Judge, at least for a little while. Almost every liar, however, gets caught eventually. Being prepared and having a good attorney greatly reduces the chances that a dishonest spouse will be successful in Court. Liars don’t succeed because of their gender, they succeed because the other party is not prepared.

3. Anyone who is telling you that the family Courts in general and the laws are biased against men does not spend much time in family Court. If they follow this revelation with a demand for money, run.

4. Anyone who tries to convince you that they have a secret or system that will help you avoid being discriminated against because of your gender, and are willing to sell you the secret system, is just after your money. There is no secret, other than being a good parent.

What it comes down to is that the Courts are run by people who are good at their jobs but they are still fallible. They don’t get every one of the thousands of cases exactly right, but they get the majority of them right. A bad result is not because of your gender, it is because when two people walk into a courtroom with an unresolved conflict one of them is not going to get what he or she wants. But people like someone to blame, other than themselves, when things don’t go their way. As a result, you have people blaming the Court or the law. Rarely they are right. Usually, however, it is a case of not wanting to look in the mirror at the party who is really responsible for why things went wrong.