About The Palmé Law Firm

The Palmé Law Firm and its attorneys are devoted exclusively to family law issues. We have years of experience both in and out of the courtroom that we will put to work for you.

Whether you need a prenuptial agreement or have problems with divorce, alimony, child custody, support or equitable distribution, The Palmé Law Firm, P.A., can help you manage these problems. We work to get you the results you want for yourself and for your children. 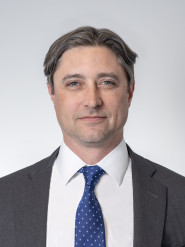 Attorney Steve Palmé was admitted to the North Carolina bar in 2005 and is currently a member of the North Carolina State Bar, The North Carolina Bar Association and the 10th Judicial District Bar. He has devoted his practice exclusively to family law since 2005. After graduating with honors from Tulane University School of Law in New Orleans, Steve worked as an associate at Tharrington Smith, LLP, in Raleigh, North Carolina and then worked for The Ward Law Firm, P.A., until opening The Palmé Law Firm, P.A. in 2009.

Steve has resides in Raleigh with his wife and two daughters.

She attended Wake Forest University for undergraduate and law school. During law school, she worked for The Child’s Advocate and participated in family law pro bono projects, advocating for families in the Winston-Salem Community. After graduating from law school, she clerked in the Unified Family Court of Delaware and returned to North Carolina to clerk for the Honorable Judge N. Carlton Tilley in the Middle District for North Carolina. Shomik comes to the Palme Law Firm after practicing family law and criminal law in Maryland and Fayetteville, North Carolina. Shomik resides in Raleigh with her fur baby Lola.

Originally from the Charlotte area, Cynthia moved to the Triangle when she attended the University of North Carolina at Chapel Hill. She graduated with dual bachelor’s degrees in English and Public Policy in 2008. She obtained her North Carolina State Bar Paralegal Certification from UNC-Chapel Hill as well. Cynthia provides support for all of the attorneys at the firm and has many duties. She often assists with drafting legal documents, trial preparation, and client engagement.

Cynthia enjoys art and traveling to visit her family and friends whenever possible.

From complex litigation cases to simple uncontested divorces, Kellie is involved in all cases from beginning to end. Kellie assists clients by managing the discovery process; maintaining the case calendar and deadlines; and drafting pleadings and letters. She also maintains all document production and the client case files.