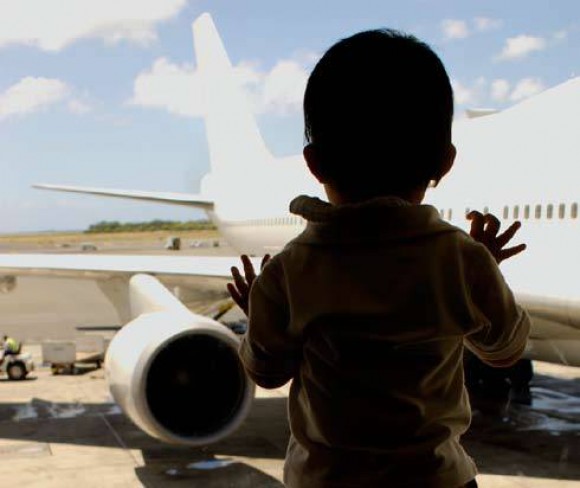 So I was in my office, minding my own business this morning, when an email popped up in my inbox. It was from an unrepresented opposing party and the email, like many of the emails I get from this person, was mostly disjointed ranting and taunts aimed at me. This is nothing new, I’ve been getting emails like this from this person and other people like him for years. However, what he was ranting about today was what he called “Parental Alienation.” While the person sending me these emails is not the subject of alienation and doesn’t seem to understand what it actually means, it is a real thing in some cases and it is a persistent and difficult problem when it arises.

When one parent embarks on a systematic and deliberate campaign to destroy a child’s relationship with the other parent, that is what is meant by alienation. It isn’t when a kid is having problems at school because of tension at home or when a child has a basic conflict with one or both parents over rules in the home, or even when a child has a somewhat rocky relationship with one of the parents.

All of the above can usually be attributed to either (a) the child being under stress or (b) the parent doing a poor job of communicating or parenting the child. What does a systematic campaign to destroy a child’s relationship with the other parent look like? From the outside, it usually looks like a deteriorating relationship with one parent with no clear cause from inside that parent’s home. For example, in the last case I had where alienation was a significant factor, the Dad (who had always had a good relationship with the kids prior to separation) began to notice the kids sulking and angry when they were at his home. They were secretive when they spoke to Mom, often texting her during visitation or hiding in their rooms to communicate. They got into trouble at school. Their behavior continued to deteriorate to the point where they resisted spending time with Dad or going to his home for visitation. They started making comments about how Dad broke up the family, that the separation was his fault.

Now, there are plenty of cases where a parent on the receiving end of this behavior is the cause of it as well because he has poor communication skills, he is neglectful of the children’s needs or feelings, or he has his own psychological or substance abuse issues that have a direct impact on the kids. But there are those situations where Dad (or Mom, alienation can go either direction) has always had a good relationship with the kids, is attentive and caring, and doesn’t have any other problems that could explain the change in the kids behaviors. That is when the question of alienation starts to come up.

Now, in a hypothetical case of alienation, what is going on with the other side? It is tough to know exactly and even tougher to prove what is happening. Whether subtle or very direct in their approach with the kids there are usually a couple things that stand out in any alienation situation. First, the alienator portrays themselves as the victim of the other parent. They will tell the children that they can’t go on vacation or participate in activities because Dad won’t pay support. I had a case where the children kept asking Dad why he wouldn’t keep paying the mortgage for Mom’s house (an odd question from a 7-year-old).

Frequently the alienator will share inappropriate information with the children, telling them that the other parent was cheating on them, having sex with different people, and ruined the marriage. The alienating parent will also frequently begin treating the children as friends and confidants rather than children. All of these behaviors are extremely destructive to a parent-child relationship and damaging to the children. If it goes on long enough, it is possible for the parent-child relationship to be utterly poisoned and damaged beyond repair.

What is the best approach for exposing and stopping parental alienation? First, it is sending children to counseling. An experienced counselor will be able to recognize the impact of alienating behaviors on the kids. Second is keeping an eye on communications and behaviors in the other parent. Are they involving the children in custody decisions or negotiating visitation? Is the other parent interacting with the children in a way that appears more friend or confidant than parent-child? Does the other parent show a high degree of anger or malice in his or her communication with you? Third, pay attention to what your children are saying. Are they expressing ideas or using words that are beyond their knowledge or maturity level? Five-year-olds worried about mortgages and child support and eight-year-olds talking about adult dating relationships or sexual activity are not normal and they are usually receiving that information from an adult.

Finally, consider a custody evaluation. They are expensive but a good evaluation is an excellent tool for determining what is going on in these situations. Parental alienation is a relatively uncommon problem in custody cases. There are just not that many people who are willing to use their children in this way just to hurt the other parent. However, when it does occur it can have long term consequences for the parent and the children.

If you have questions about parental alienation, the Palmé Law Firm can help! Call 919-803-4512 or contact us here.